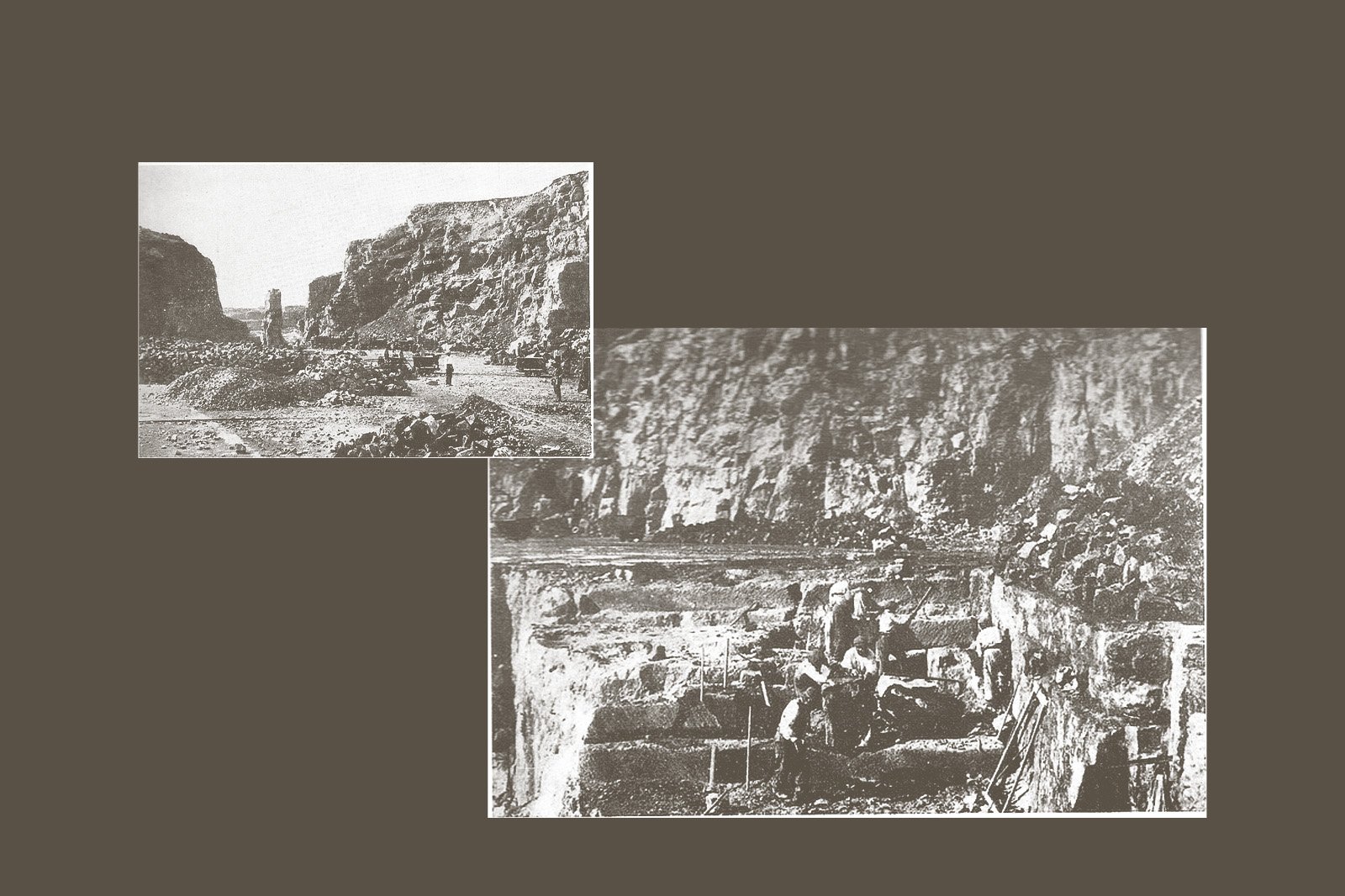 We Ibleans have always used it. Certainly, even before Jesus was born. Anonymous stone-cutters dug two sarcophagi to preserve anonymous Ragusans’ eternal resting place two thousand three hundred years ago. Tombs excavated in two blocks taken from who knows what rocky outcrop in Contrada Tabuna, on the immediate southern outskirts of Ragusa.

With its epicentre in Ragusa, all the towns in the area used the stone extracted from just three hundred hectares between the Irminio River valley and the main road to Mazzarelli, now Marina di Ragusa.

The French painter Jean Houel visited this part of the island at the end of the 18th century. He stayed in Ragusa for several weeks. He visited the places where the brown, fragrant rock is extracted and wrote a few lines about it. We believe that those lines by the transalpine artist (author of the most beautiful gouaches of the time, with magnificent reproductions of the most beautiful places in Sicily) should be read by his compatriot Deodat de Dolomieu, someone who understood and described the qualities of mountains and minerals.

In the churches of the ‘late Sicilian Baroque’ style, i.e., those built after the tremendous earthquake of 9 and 11 January 1693 and which convinced UNESCO to include as many as eight municipalities in south-eastern Sicily on the World Heritage List, i.e., the so-called ‘goods of humanity’, pietra pece is present in many expressions in those churches. The craft ones, such as foundations, floors, stairs, and steps. And artistic ones, such as statues, columns, capitals, holy water stoups, artistic staircases. It would be enough to cite just one example among many: the access staircase and balustrade connecting the church to Madonna Immacolata’s convent in Ragusa Ibla. A triumph of baroque in pitch-black form. And then there is an equally great artistic and architectural heritage in the form of houses and villas.

The whole of south-eastern Sicily took advantage of this. In fact, that stone makes the floors, especially those inlaid with white rock and possibly Calatine ceramics, veritable masterpieces, incredible geometric plays that often captivate, hypnotise the visitor’s eye.
That stone we call “petrapici” is ancient, very ancient. Using it today is not only an elegant way of furnishing and enriching our homes, but an intelligent way of passing on ancient traditions and a never-ending sense of beauty. Detail of a staircase with Calatine ceramics